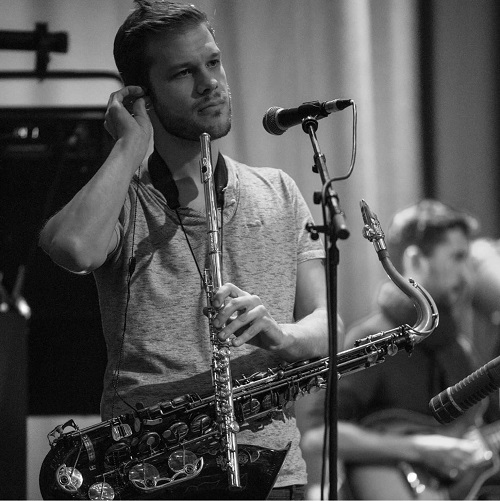 Gareth Lumbers is a versatile and vibrant Saxophonist. A graduate of the Guildhall School of Music and Drama, he continues to record both Saxophone/Flute and tour internationally with Myles Sanko and records sessions for producers & bands such as Emre Turkmen from synth-pop band 'Years and Years', BBC and Warner Brothers. Regular television appearances include BBC's 'The Voice' and Michael McIntyre's Big Show. Gareth has played across Europe and beyond with artists and venues such as

Being a committed educator, Gareth is a regular tutor at some most prestigious schools in the UK, teaching Saxophone and leading workshops/masterclasses in performance, improvisation and ensemble playing.

As a session musician Gareth can provide tenor, baritone and alto saxophones, and also flute, clarinet and full horn sessions to an outstanding quality standard.